Packing boxes is not only about moving out of an apartment that was once called home, but also about finding good memories buried at the bottom of one’s junk drawer. In my nightstand, I dug up the business card of Cajun Style Swamp Tours with whom we had toured the bayou surrounding New Orleans, LA in 2008.

Airboat rides were a bit pricey for our shoe-string budget, but there was no way we could miss seeing the Bayou, it being a big part of Cajun culture in Louisiana. Since we were on an impromptu road trip without a travel guide, we simply drove southbound from New Orleans and eventually found Cajun Style Swamp Tour, one of the few airboat company opened off-season (March).

Once aboard the airboat, we were given noise-canceling headphones because the fan that propels these boats is extremely noisy when cruising. Plus, when this watercraft travels at full speed, the sound of the air zooming by becomes unbearable.

Soon after we left the port and entered the small waterways in the swamp and we came across the most iconic Louisiana bayou dweller: the alligator. Unlike the crocodile, they are not much of a threat to human beings because of their lazy nature: they prefer to eat small, easy to catch preys … that are preferably dead. 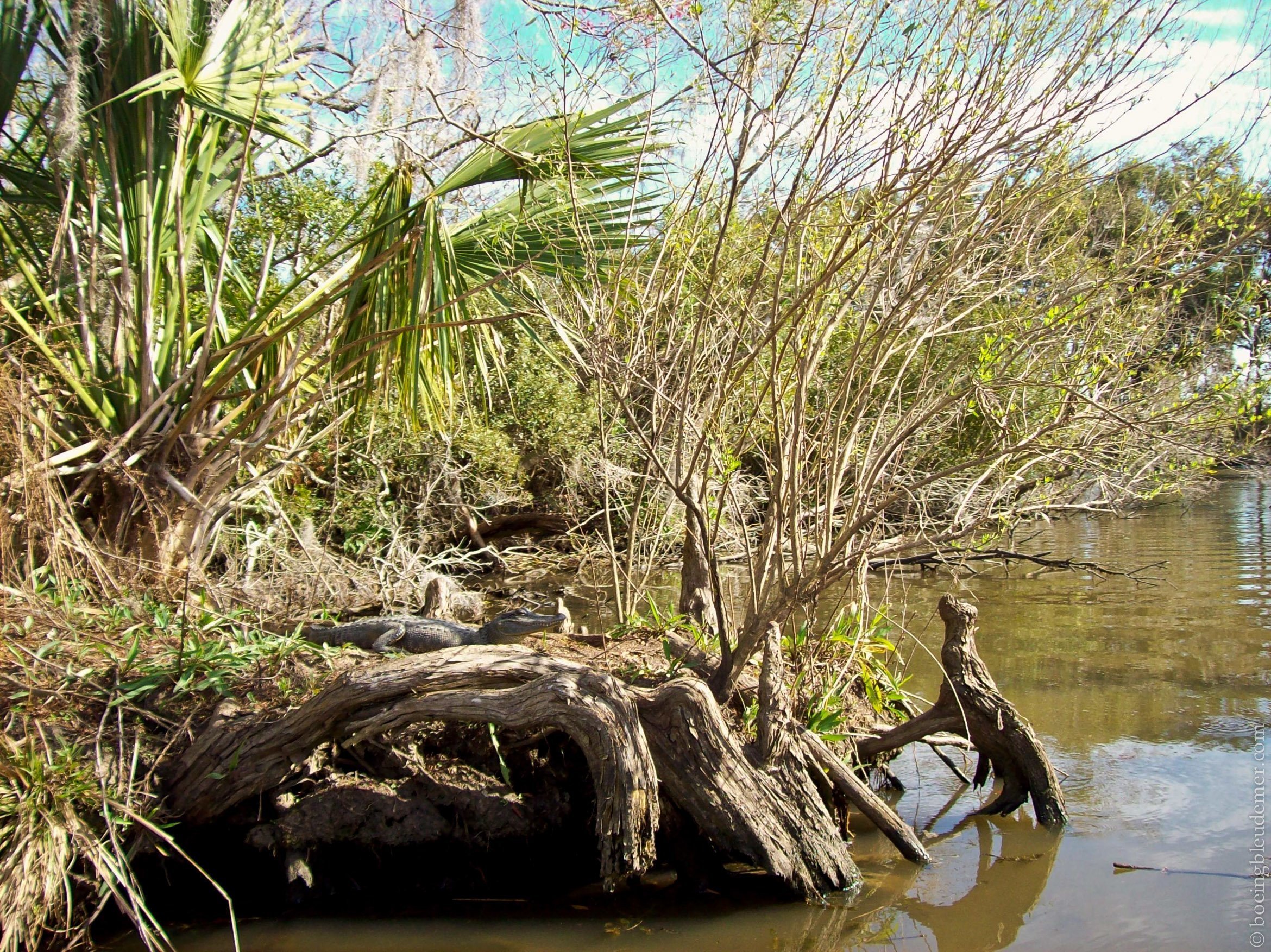 We visited the swamps in winter. Although the weather was nice, the temperature was not warm yet. These large cold-blooded reptiles were moving very slowly and, luckily for us some of them were basking in the sun trying to get their blood to warm up.

Our guide, Captain Ernie, told us that at this time of the year there were not many plants in the swamp but as soon as spring sets in, flowers and foliage make the bayou look spectacular.

He also explained to us that Hurricane Katherina (2005) brought about many changes in the swamp environment due to a massive influx of saltwater into this freshwater environment. Wildlife is still trying to recover from this disaster.

We also learned that a few days before the hurricane, alligators went up the Mississippi to take shelter before the storm hit New Orleans. True or false? I am rather inclined to believe Ernie who knows the bayou like the back of his hand.

The company Cajun Style Swamp Tours only employs guides with a good knowledge of the bayou. The presence of Ernie was an asset to this tour, being Cajun as he could answer all our questions about nature but also on broader subjects, particularly those relating to the Cajun culture.

I really appreciated that he took the time to rescue a small alligator whose mouth had been taped, preventing him from biting but to also to eat. It’s odd how alligators have tremendous strength when closing their mouths but close to none to force it open. The majority of the muscles of the alligator are dedicated to closing his jaw and only a few are used to open it, this is the reason why their mouth can be shut by a simple piece of tape.

This tour allowed us to discover New Orlean’s bayou and it was definitely one of the highlights of our visit to Louisiana. Dollars well spent!

View all of Cynthia's posts.