While growing up in Montreal, the United States was practically our backyard. We would cross the border a few times a year, either for a day or a for whole month. Even though I feel some closeness to this country because I know well its political system (due to my master thesis) and its culture, I still have no idea what goes on in real American homes.

Perhaps the fact of living in France for several years gives me a more contrasting effect than usual, but at least five things surprised me during my stay in Florida. 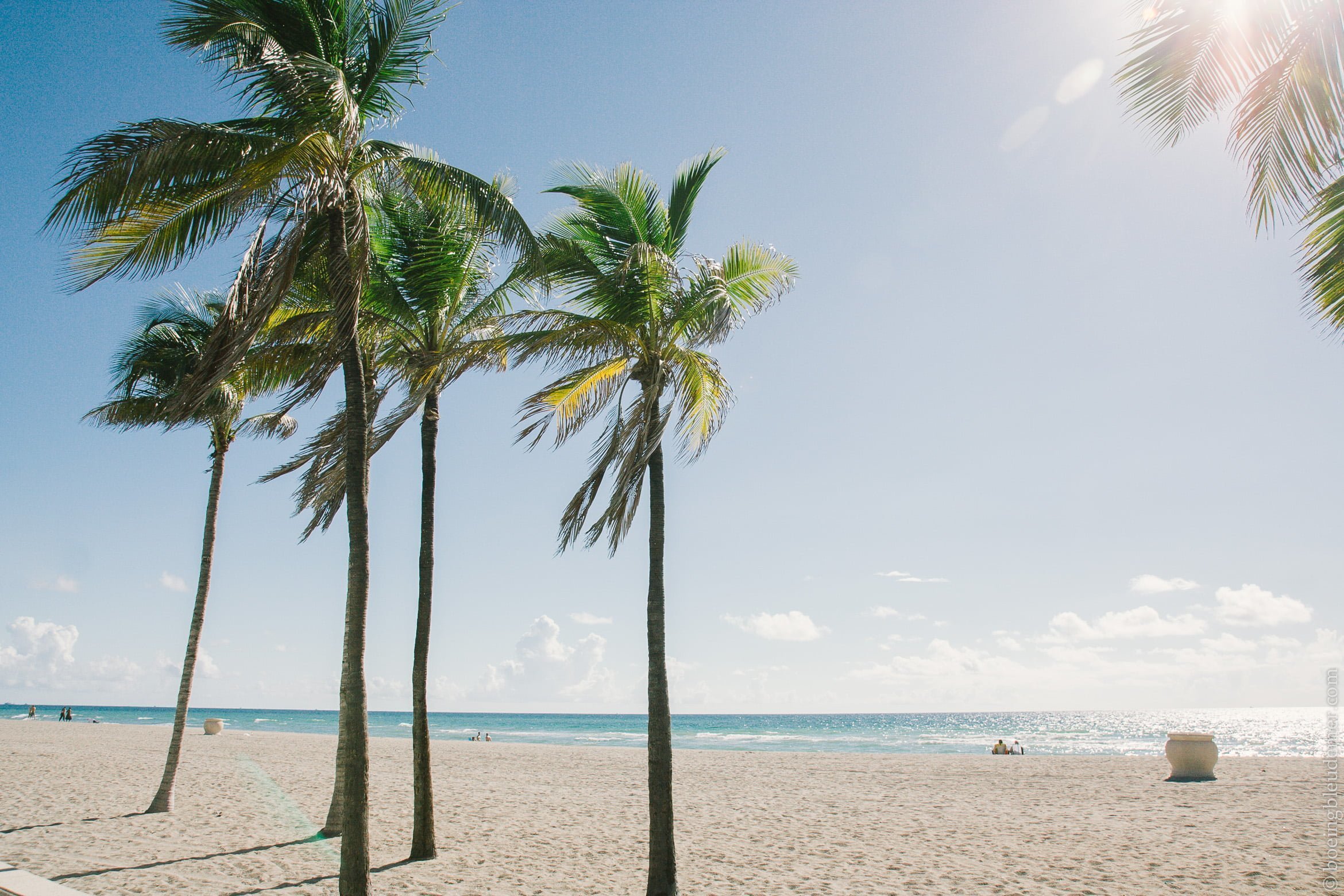 1. The United States is no longer a cheap destination

A few years ago, we would travel to the US with empty suitcases in prediction of the many purchases we wanted to make. Generally speaking, the prices were much cheaper than in France or in Quebec, allowing us to go a bit crazy.

This summer, I realised that the prices in stores had increased. For example, before I left I had the idea of buying my GoPro camera on Amazon US and have it delivered to an address in the US. Fortunately, I took the time to look at its French counterpart before committing to the purchase, as the camera was less expensive in euros. This scenario repeated itself many times, leaving me without any purchases to make in the US.

I found that outlet stores did not offer as many bargains as they used to. Maybe that’s because in recent years, private sales and discount stores have become increasingly popular in France and have accustomed us to rather low prices.

In restaurants, once we had added up taxes and gratuities, our meals were quite expensive. Even for us, Parisians! It left me with the impression that for the same price as a meal in Paris, we ate lower-quality food.

To add to the general inflation, the Euro-USD exchange rate is not as favourable as it used to (at the time of our visit, 1€=1.10$). It’s odd but even with a sales tax of 20%, I feel as if we get more for our money in France (and even more in Canada where the dollar is very low)!

I have been guilty myself of perpetuating the myth that waiters were more pleasant in North America than in France because they receive part of their salary in tips that goes hand in hand with customers’ satisfaction. Yet, it’s been a while since I’ve encountered such rude and incompetent servers!

For most Parisian waiters, it is a real career and it shows. I found it extremely rude having the waiter taking my plate away and asking if I wanted dessert before the other guests had finished eating or being asked 25 times if everything was OK or a waiter repeatedly insisting to remove a dish that was not finished. At the restaurant where we received the best service, I quickly discovered that the server was French! Showing as little savoir vivre at the restaurant does not happen often in France … or Quebec!

The worst about it, is knowing that waiters in Florida earn an hourly rate close to $ 3 we felt some sort of moral obligation to leave a tip. I felt robbed leaving an 18% gratuity to someone who made our meal unpleasant!

Restaurant, shop or nightclub, it’s difficult to distinguish these by simply listening to the volume of the music playing. Loud music being the norm virtually everywhere, it must appeal at least to some people. On my part, I found it unpleasant to have to raise my voice to talk to my sister sitting just across the table.

Often, the music was so loud that dinners had to speak loudly to be heard by their tablemates, making the restaurant so loud that it was difficult to eat our meal normally. After all, it is not so surprising that the US army has used the music of Britney Spears and Metallica as torture in Iraqi prisons: it works very well.

Oddly, when we lived in Montreal Réjean, the Frenchman, complained all the time about Music being way to loud in North America and I always thought he was exaggerating. In France, it is rare to hear the music in restaurants and even though shops sometimes have music playing, it’s more of a background noise than a full-on nightclub. After seven years in Paris, I got used to it and suddenly the love of Americans for loud music bothered me.

4. A large range of beers, including several microbreweries

I like to take a glass of wine with my meals but at most places, the choice was white or red piquette. On the other hand, the rest of the family was offered to choose between ten different kinds of beers, some being domestic and some from microbreweries. Jealous, I decided to join them even though I’m not a beer drinker.

Since I am not used to drinking beer (until recently I could not take one sip without being disgusted), I started with a Bud Light, no bitterness or strong taste. Gradually, I came around to trying the Blue Moon or New Belgium beers and I liked them. In Paris, I was shocked by the anemic choice of a beer offered in bars: Leffe or 1664 … it is best to drink wine;).

5. The best of food and the worst of food can be found at the supermarket

After many bad experiences, I’m always very careful in the US about what I buy in grocery stores: one second of inattention and you can find yourself buying a product with unhealthy amounts of fat, salt or sugar. I have to read each and every labels as you can be surprised by what goes into seemingly mundane items (I was traumatized by sweet corn dogs). Moreover, many food additives are still allowed in the US but are banned in Europe and Canada.

While I was conscientiously trying to avoid products containing BHA / BHT, hydrogenated oil or glucose-fructose, I realized that there was also plenty of food I was desperate to find in Paris. There was fermented tofu, all kinds of nuts, chia seeds, kale, peanut butter without additives … it’s almost paradise! If all these healthy foods are easily found in a normal super market (Publix), you can imagine the treasure trove that is Whole Foods, an exclusively organic supermarket! 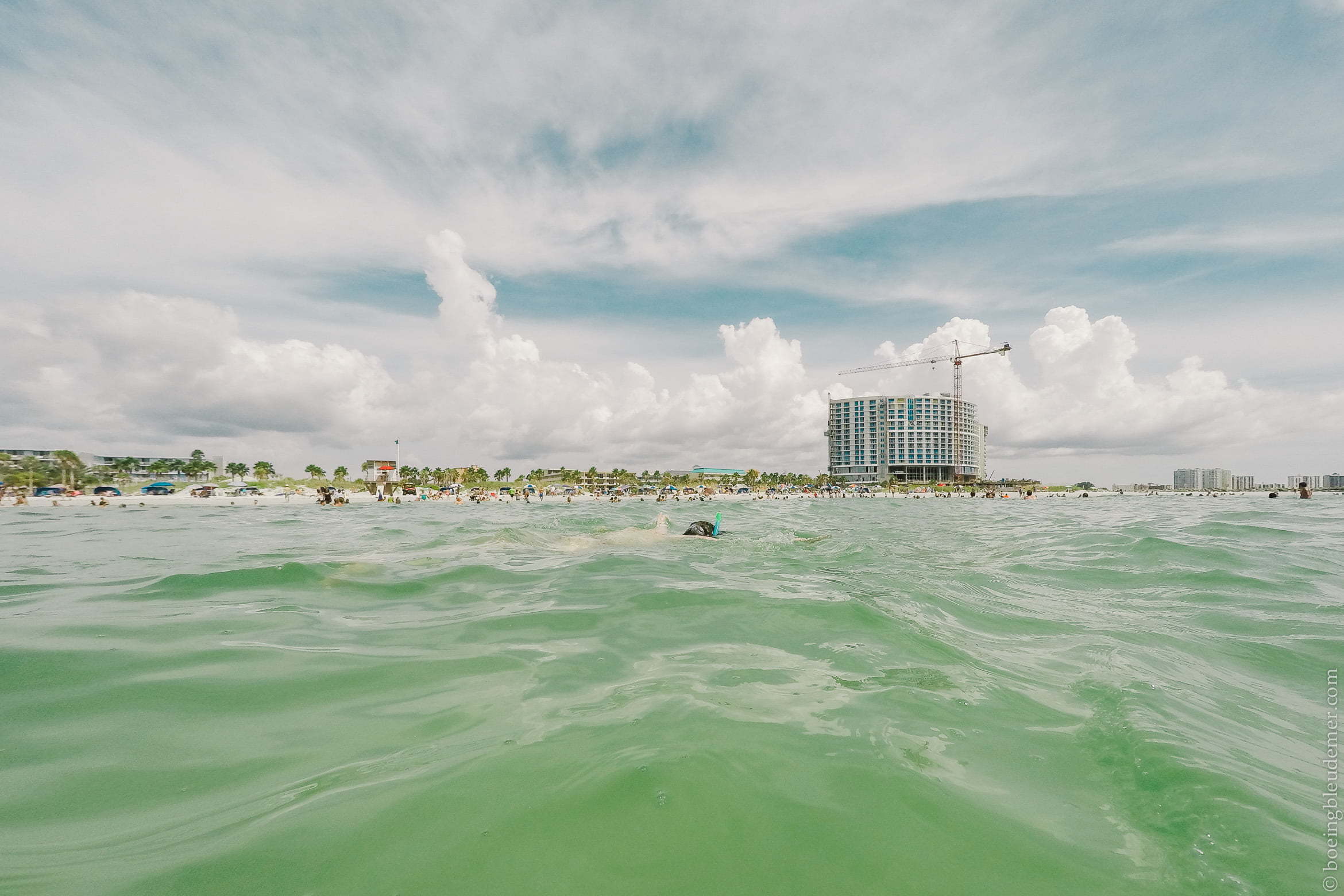 We still had a great time travelling through Florida!

Yes, the music and the waiters really annoyed me and it was a feeling shared by everyone travelling with me. As a solution to this problem, we quickly switched from regular hotel rooms to rooms with kitchenettes or, even better, apartments. Although it was not possible for us to completely avoid restaurants, we went as little as possible and it felt great! At the supermarket, we bought a case of beer, kale salad and vegetarian burgers: we were finally at peace!

I am still sorting and processing my photos from Florida, but I already know that I have great things to show you !

View all of Cynthia's posts.